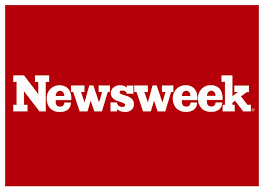 A Singer Undone By Accusation

Amid horrific Nazi madness, Wiera Gran sang love songs in the Warsaw Ghetto. Within the walls of that grim urban cage, the 25-year-old petite Jewish beauty drew crowds to the ghetto’s Café Sztuka, crooning standards from happier times in a deep, velvety lilt. She died, many decades later, in 2007, in a Paris at peace, caged in her own filthy, darkened hovel, consumed with hatred, sick with fear. She had scrawled words on every surface in her oppressive 16tharrondissement flat, crippled by paranoia yet determined to defend her name. A hallway wall screamed in thick red marker, “Help! Szpilman and Polanski’s clique want to kill me! HELP!” The subject of a controversial new book published in Polish and French, Accused: Wiera Gran, Gran’s fame has long faded. But many people know of her accompanist at the Café Sztuka, Wladyslaw Szpilman, the eponymous hero of Roman Polanski’s 2002 Oscar-winning biopic, The Pianist. Gran and Szpilman played the Sztuka together under the most intense conditions for more than a year.

Both the singer and the pianist went on to escape the ghetto, the only surviving members of their respective families. But as early as 1946, Szpilman’s memoirs curiously omitted Gran.

Szpilman would become legend; Gran would be hounded wherever she went to sing or to live – from Poland to Israel to France, even Venezuela – by hazy rumors that she had collaborated with the Gestapo. Disparate joys – she dueted with Charles Aznavour and sang at Carnegie Hall – were always eclipsed by allegations she had been some sort of Marlene Dietrich turned Mata Hari. In 1971, her Israeli concert tour was canceled when protesters threatened to attend dressed in concentration-camp stripes. In matters of the Holocaust, vigilante persecution of the unpunished might be understandable, especially where guilt is beyond question. But in this case it wasn’t. In fact, Gran was never proved guilty by the official tribunals that studied her case in Poland and Israel. Still the rumors would resurface. She kept hundreds of copies of court verdicts, piled high, until her death. The whispers drove her mad.

Enter Agata Tuszynska. The Polish writer sought out Gran, then in her late 80s, in Paris in 2003. Tuszynska had never heard of Gran before Polish Jews in Paris told her about the singer —sometimes, the “collaborationist” singer—living in their midst. For the first weeks, housebound by paranoia but desperate to talk, Gran would agree only to meetings on her doorstep. Over three years, the former singer, tiny and hunched, gradually let Tuszynska into her Kafkaesque world. Gran had come to believe there was a camera in her lamp. She slept with a knife, a hammer, and a screwdriver under her pillow. And she was unpleasant, nasty even—a diva to the end. But when she tells her story, marked by the lucid eloquence of incessant retelling, pleading innocence until the end, Tuszynska (and we, her readers) can’t turn away.

Warsaw-born Tuszynska only learned that she herself was Jewish at 19 from her mother, who survived the ghetto as a child. Tuszynska has since written several books on Polish Jews and is perhaps most noted abroad for her biography of the Yiddish writer and Nobel laureate Isaac Bashevis Singer. For her, Gran stood out. “I’ve heard a lot of stories—horrible stories,” Tuszynska says. “But this one was just unbelievable, what happened to this woman.”

Tuszynska’s ambitious, captivating project is a painstaking reconstitution of events, from Gran’s own recollections, archival documents, witness statements, and interviews with Warsaw Ghetto historians and survivors. But Tuszynska insists that Accused: Wiera Gran isn’t a biography. The writer, whose own family lived trapped in the Warsaw Ghetto on the very street where the Café Sztuka stood, is constantly thinking aloud. When she catches Gran exaggerating, even lying, she calls her on it. When she notices Gran’s accusers changing their stories over time, she lays out the contradictory claims. She catalogs witnesses’ perceptions and talks through theories about why they might diverge. But to Tuszynska’s great credit, when she can’t know, she says so. Indeed, that we can’t always know for sure who did what or why becomes a powerful theme.

Accused: Wiera Gran isn’t about Wladyslaw Szpilman, the pianist, who died in 2000. But the wavering views he voiced about Gran, and how he wrote her out of what would become a definitive popular history of the era, crushed her. Gran alleged decades after the war that Szpilman himself aided the Nazis. She claimed she saw him, at dawn on the day she would escape the ghetto herself, rounding up Jews for slaughter in a Jewish policeman’s cap, protecting his pianist’s hands. That allegation has sparked fiery controversy over Tuszynska’s book in Poland, where it was released last October. Szpilman’s son, Andrzej, himself a composer, has very publicly threatened legal action. But Tuszynska doesn’t sensationalize Gran’s allegation. Indeed, she seeks evidence for the claim and acknowledges it when she finds none. But she insists she couldn’t leave Szpilman out of Gran’s story the way he omitted her, particularly as the pianist became such a vivid, driving element of the singer’s neuroses. When Gran turned to him for a radio job after the war, he was the first to tell her she was suspect, the first to turn her away. “I think the heroine of this book is memory, not Wiera Gran,” Tuszynska says. “How she remembers, how the others remember her, how one remembers life and one’s past, and how it is all echoes of what really happened. And where is the truth? Maybe the truth doesn't exist at all?"

Tuszynska’s book is a useful study in doubt. It is a reflection on the space between the fog of war and Hollywood clarity, and what should survive as a matter of record when the records are cloudy. As another generation of survivors is lost, the last word could go to whoever literally spoke it the loudest. Accused: Wiera Gran doesn’t claim a definitive last word. It doesn’t decisively absolve the Café Sztuka’s diva. Instead, it is a call for the idea that the last word, where clarity has never come, should linger as a question if it can’t be an answer. It is the argument that closure for its own sake is unfair. In an age short on true heroes, there is something oddly satisfying about how unsatisfying that is.