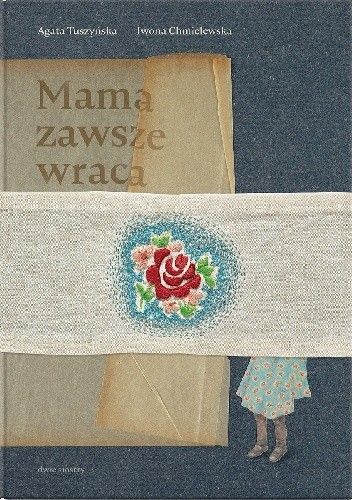 Based on the memories of a Holocaust survivor, this is a moving story of a girl who was in hiding for many months in the Warsaw Ghetto. A poetically illustrated testimony to the saving power of love and imagination.

Nobody knows that a girl lives here. You will live here like a dwarf. That's what she told me. (...) I did not feel sad. I didn't feel bad. I didn't know at all that there was another life. I thought that's the way it was. I never wanted to leave, because I didn't know it was possible to leave.

Zosia, daughter of Natalia and Szymon Zajczyk, was a tiny child when the war broke out. In the fall of 1940, she and her family were taken to the Warsaw ghetto. To save her daughter, Natalia hid her in the basement. The girl spent long months there, only with her beloved doll, in an imaginary world created for her by her mother.

She does not remember the wall, the hungry people in the streets, the armbands with the Star of David. She remembers chestnuts and leaves that her mother used to bring her, sleds drawn on the floor with charcoal, and rats visiting her, which at the beginning she was not afraid of at all.

Zosia Zajczyk was one of the few who survived. After all these years she tells her story.

Mama zawsze wraca (Mama Always Returns) is a story about an unusual bond between a mother and daughter amidst the cruelty of war, written by the award-winning author Agata Tuszyńska. An additional dimension is added by the subtle, poetic illustrations by Iwona Chmielewska, an artist highly regarded in Poland and abroad.

The paper band on the cover, with an embroidered motif that is important in the story, is an attempt to reverse the symbolism of the band with the Star of David. Here, this piece of cloth becomes a sign of tenderness, a protective gesture surrounding the fragile world of Natalia and Zosia hidden in the book.

"I met Zosia a long time ago. During my first, or maybe second visit to Israel. (...) The combination of the language and sensitivity of a child with the cruelty of everyday life at that time overwhelmed me, twenty years ago. (...) I locked in at the back of my memory for a long time. Years later I opened it, stronger. (...) I then realized how close our fates were. (...) I look at this story as in a mirror. A story of love and hope. A story that lets you believe in the power of words" – Agata Tuszynska.

"(...) My task was to complement this shocking and delightful text with images which would not illustrate it in the traditional way (this is the only thing I was sure of). How to do it so that the book symbolically opens and closes before the viewer, like that dark cellar? How to preserve and show the sacral dimension of this place? How to illuminate it, bring it out of those times and transfer it as delicately as possible to today's world? And how to not disturb the viewer's personal, intimate experience with an overly imposing vision? After all, everyone is supposed to deal with this mystery in their own way. The image has to remain silent here, it has to be in a way invisible, and yet important and touching" – Iwona Chmielewska.