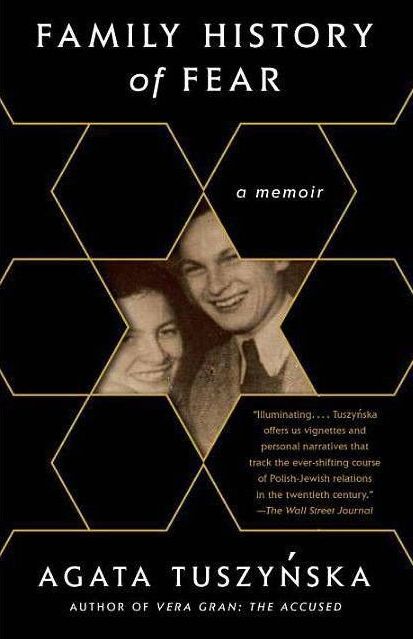 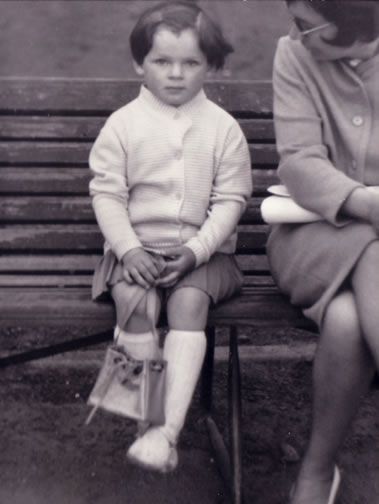 This book has been inside me for years, like this secret, ever since I found out that I’m not who I thought I was – from the moment my mother decided to tell me she’s a Jew.

I was nineteen, but I didn’t immediately understand the meaning of her words, or their consequences. At least ten years went by before I began to assimilate the idea, and several more before I was able to do something about it. I was brought up in a Polish family. For a long time I lived a schizophrenic double life, not knowing how to reveal to the world the, as I saw it, terrible truth. This book is a record of my family history.
I was born in Poland, in Warsaw, more than ten years after the war. I had blue eyes and fair hair, which was an incomprehensible source of pride for my dark-eyed, dark-haired mother.

We are all composed of memory – the things we remember, and the things other people remember about us.
More and more often I think we are even more greatly composed of lost memories, the things we forget, that we erase from memory, wipe from our consciousness, or drop from our thoughts in self-defence. We invalidate them, just to make life easier or lighter, so it won’t hurt or remind us of pain.

She can’t remember how she told me either, but she can’t have started with persecution and ghetto walls, identifying marks and labels or yellow patches. She began by telling me stories, first about a curtain, then about a muff and some dewberries; then about a droshky outside the ghetto walls – not all at once, but gradually, to make it easier.

A Family History of Fear is an important book. Tuszynska’s voice belongs to the next generation of those whose lives were affected by the Holocaust.

The story is marked by what some would call courage and others would call discomfort especially here in Poland where it is not customary to expose the secrets of your family. Certainly not when it comes to a mother’s Jewish background. The book is about a shock of learning about an unknown family story, about anxiety surrounding the sudden transformation of a person who had never known a Jew to that of the daughter of a Jewess.

Agata Tuszynska’s A Family History of Fear can be defined and read in many ways. It is a family saga meticulously recreated by the author. It is a story, a chapter from the history of Polish-Jewish relations based on the author’s and her family’s experience. It is a reportage-style excursion to the past and an attempt to figure out which parts of this past stay in our memory and consciousness.

At the same time A Family History of Fear is a literary account of searching for one’s identity.

…The author takes on one of the most dramatic themes of our times: how to co-exist with the Other, the external one but even more so the internal. Tuszynska wants to establish her identity. Examine and determine to what extend “I” consists solely of my immanent being and in what part I am a descendant of my ancestors and people who surrounded me during my life. What are the proportions and relations; are they changing? In order to do this the author chooses the basic trail, her family, which with its various roots presents a dilemma. The author follows the lives of those family members whose existence she was able to confirm.

The book is about those difficult, meandering investigations, puzzles and entanglements piling up in front of the author.

…What makes Tuszynska’s biography an outstanding and intellectually new book (in the large library of Polish-Jewish stories) is not the drastic character of the described stories but its ambiguity. Tuszynska painstakingly deciphers the Jewish piece of her identity.

There are no black and white characters and stories in this book because Polish-Jewish fate is not black and white. The author exposes her own and her family members’ fear and weaknesses. A Family History of Fear is an engrossing, at times painfully honest tale about discovering own identity, about the difficult struggles with it and a strenuous acceptance of who you really are.

Tuszynska’s book is a dramatic tale about life and death, fear and survival, and search for identity. “A very brave person”, that’s what the readers say about her. How does this courage manifest itself?

First, she reveals the most intimate and personal secrets dealing with her parents, grandparents, and extended family including their virtues, vices, and experiences as if they were characters in a novel.

Secondly, she tackles the topic of Jewish and Polish family roots, the problems of a double heritage resorting not only to the historical context but boldly entering the painful and shameful coves of our contemporary consciousness.

Tuszyska’s book is a literary feast satisfying even the most demanding reader. Her writing brings together two, we would think mutually exclusive, skills: of a documentalist who flawlessly gets to the facts, places, witnesses and family legends and an artist gifted with unusual imagination, who creates characters with great probability by rendering their life experience. Strangers and the deceased seem alive and close by thanks to the residual traces discovered by the author.